MOOD AND TROPE: THE RHETORIC AND POETICS OF AFFECT

Buy from University of Chicago Press 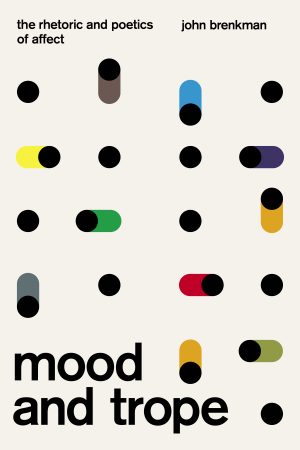 “This unusual, potent contribution to affect studies ranges widely over philosophy and literature to explore the centrality of trope and rhetoric to the inescapable triad of mood (affect), understanding (thought), and speech (discourse). Reconnecting affect studies with major issues in literary studies, philosophy, and aesthetics, Brenkman makes a fundamental contribution to this emergent field.”
–– Jonathan Culler, Cornell

“Brenkman’s Mood and Trope is a major contribution to contemporary literary studies, bringing a renewed conception of affect to bear upon poetics. Combining philosophical inquiry with brilliant interpretive readings, Brenkman not only draws out the distinctive imbrications of mood and trope across a range of modern poetic projects but also revitalizes the concept of criticism itself through a stunning reframing of Kantian aesthetic judgment in pragmatic, communicative terms.”

“In an earlier dark time, Kenneth Burke famously called literature ‘equipment for living.’ In our own moment, John Brenkman’s Mood and Trope serves as a closely-reasoned and useful guide to the history of  philosophies of affect and the passions. Reading texts from the Renaissance to the present with his usual clarity and precision, Brenkman shows us how literature has extended and deepened the possibilities of feeling and knowledge of feeling alike. In the end he argues that practices of poiesis and learning have played, and can continue to play, a vital role not only in the preservation of democracy, but also, as we enter an era shadowed by the prospect of extinction, in human flourishing itself.”

Need help with the Commons? Visit our
help page
Send us a message